Walking down 30th Avenue at the moment is heart-breaking and uplifting with each step.

The majority of stores are closed due to the Corona virus shut-down. Social distancing manifests itself in practical and in emotional ways: everyone in masks, buried in their phones even more than before, bringing a heaviness to the street. At the same time there are signs of kindness, dogged determination and creative openness everywhere.

March and early April was the worst period, with incessant sirens and the streets deserted. It hit me particularly when I saw the shuttered flower stand beside the corner deli on my block: usually the flower stand is open 24 hours, just in case people need 3am roses.

Yesterday though, the day before Mother’s day, the flowers were back, and business was doing well. Now that it’s May, the weather’s warmer, the sirens less frequent, more people are out and about.

Local businesses are improvising and adapting as best they can. Astoria Fashion Fabrics by 33rd Street is selling material to passers-by, to make their own masks.

Stores like Key Food, Ocean Fish Market and International Meat Market have kept going, their staff working tirelessly with stressed out and appreciative customers, and controlled conditions. They deserve medals when this is over.

Places that would usually be buzzing with activity in Spring are still shuttered off, like Athens Park.

And schools are still out.

Meanwhile at Mount Sinai Queens, health care workers have been working round the clock. This is where one of my neighbors passed away, where our local Council Member Costa Constantinides and his wife were both treated, where many lives have been saved, and where new patients continue to come in each day.

Under the subway tracks, there is still the rumble of trains overhead, but less frequent than usual. And there are no green taxis: an industry that was already reeling will have been devastated by the pandemic. Tastee Corner Delhi had already closed down for good, following the station’s months-long closure for renovations last year. Small businesses along 30th Ave – and throughout the city – will need support from policymakers and from customers like never before.

Delivery workers for GrubHub and other restaurant apps have continued their rounds, risking their health and lives. Many, laid off from other industries, have turned to delivering food to keep some income.

Meanwhile, cocktails of all kinds are still to be found…as the street’s restaurants find ways to keep going.

This photo is of the Bel Aire Diner window – on Broadway rather than 30th Ave. But it captures the fragility and strength of this time.

And on Mother’s Day 2020 – here’s to all mothers throughout the neighborhood. 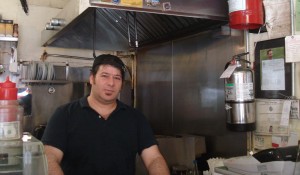 Khaled Shallah is from Arwad, Syria’s only inhabited island.  He trained and worked for many years as a boat mechanic.  His work on container ships took him to “all the places you can imagine,” he says, from South America, to Europe, to Asia, to Africa.

The boats he worked on carried all kinds of things.  One had a shipment of live lambs from Romania.

Khaled says that he enjoyed life at sea, being far away, and close to nature, and beginning to feel like wherever he was, was home.  But eighteen years ago he came to settle in the US.  He started a new life from scratch.  He worked at a cousin’s restaurant in Manhattan and for a while in another restaurant  in Texas.   Back in New York, eight years ago he set up Pita Hot on 30th Ave.

His inspiration for Pita Hot came from a combination of seeing the cooks preparing food on the boats he worked on and his cousin’s Manhattan restaurant.  The menu includes falafel, hummus, lamb- and chicken-filled pita pockets.  All the food is things that Khaled likes himself.  “If there’s something I don’t like, I don’t sell it, seriously,” he says.  “If I don’t accept it for myself or my kids I won’t sell it.”

Pita Hot’s small space is filled with the sound of sizzling on the grill.  The walls are densely decorated with postcards, calendars and ornaments from the Middle East.  Customers take their food out or eat it at one of the small café tables.  For each waiting customer, Khaled or one of his co-workers dunks a small piece of pita into a jar of hummus on the front counter – a Pita Hot signature gesture.

Khaled doesn’t work fixed hours.  “I usually come in to open the shop, to make sure that everything’s in place.  Then I come back and forth during the day, and we stay open late.”

He says that if you stand in the shop for just a couple of hours you could see people of 40 different nationalities pass by.  “From Syria, I just know a couple of kids.  The Arab community here is mainly Moroccan, Algerian and Egyptian.  There are some Tunisians, Yemenis, Palestinians and a few Lebanese.  That’s in addition of course to others – Greeks, Italians, Russians, Yugoslavians…”

He has never had any trouble in his shop.  “People are so friendly here.  For some reason Astoria people are nicer, better than in Manhattan.  If you have ever worked in Manhattan, it’s very different.  When you approach someone there, they think you want something from them.  Here the culture’s much more relaxed.  Much more European.”

Despite feeling completely at home in Astoria, Khaled says that in an ideal world he would have brought his kids up for the first years of their lives in Syria, moving with them to the US when they were a bit older.  In the US they go to school too young, he says.  They go young, but while there they learn much less than if they spent that time with family and friends during their early years.

Khaled does not know how long he will be in Astoria.  Maybe one day he will move to the Midwest – the space and nature there appeal.  “This is New York,” he says.  “Does anybody know how long they will be here?” 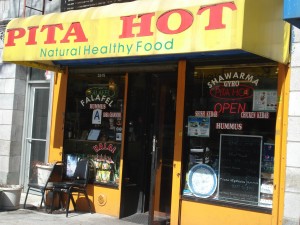 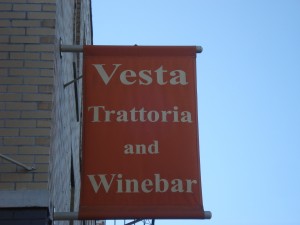